Today (5/24/14) is a special day for me. I get to see my sister graduate from college, and I couldn’t be prouder. I know she doesn’t want to hear it, but I’m going to write it anyways. Maybe this investing advice can benefit one of you. 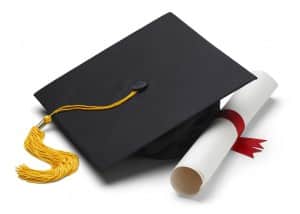 I was just in your shoes a short 14 months ago. Just last March I graduated from college, and moved into the “adult world”.

Since that time, I’ve been busy. I went from a clueless beginner to a successful investor with an average of 17.9% on all my positions up to now. I built a 4 figure side business. I increased my net worth by $11,400 (not counting my business).

I say this to encourage you. A lot can happen in the next 14 months of your life. It truly is an exciting time. But I’m writing this because it’s also a dangerous time.

Do you remember feeling tricked by Disney movies? If you were a girl, you probably really relate with the idea that Disney lied to you. Disney promised a dashing prince who was handsome, intelligent, wealthy, and beckoning for your every call. You were going to have the perfect love story, right?

You know this is a lie, and you’re pissed about it.

Guys, we all fell into a similar trap too. Remember when you were younger, and people like Michael Jordan said that we could be just “like Mike”, all we had to do was practice.

Well, I’m not growing an extra foot with an extra several feet on my vertical, so my NBA dream isn’t happening anytime soon. Yet the lie carried on in our youth.

The Lies they’ve Told Us

Do you remember the devastation of learning that Santa Claus isn’t real? (I never went through this, I never believed in Santa.. but that’s another story for another time) I bet finding this out was heartbreaking. Why would they lie?

But it’s much worse than not finding Disney love or becoming an NBA star.

This lie could set you up to never achieving your dreams ever again, or even becoming a slave to the government. I’m not kidding you on this.

You probably see yourself as getting the perfect job, with your white picket fence and trips to the Caribbean. Look, it’s tough out there to get work. Really tough.

That’s the first thing you are going to realize. But they promised us jobs. I got fed the same lies when I was in college. When I graduated, I saw reality. Over 50% of my peers were unemployed or underemployed after graduating.

“So I got an expensive bachelor’s degree to flip burgers?”

If you can find a job, take it and be grateful for it. You may think you’re the smartest thing to walk on this earth since Einstein, but that’s what they told me and my peers too. Smarts don’t matter when you aren’t getting paid!

Sorry but it doesn’t stop there. We’re just getting started.

Lie #2 has to do with your idea of the American Dream. Guess what? It doesn’t exist anymore. I’m serious. It’s turning into the American nightmare for more and more people every single day.

If you do one thing from this post, just read this article about the American Dream turned into a nightmare.

Gone are the days of borrowing our way into prosperity. Our parents’ generation is learning the hard way that they were tricked by debt. They were told that home prices will always rise… so take out equity from your home! Buy the new furniture and get that remodel you always wanted!

Uh… then 2007 hit. For those of you new grads who are uninitiated, the housing bubble crashed in 2007. It crashed hard. We went into a recession that some people still aren’t getting out of.

It all happened because our parents’ generation were sold the American nightmare. And they bought it hook, line, and sinker.

Now, instead of heading into their 50s, 60s, and 70s with financial freedom and the ability to live anywhere they want, they are locked into jobs they hate with mortgages bigger than the American obesity epidemic.

Is this what you want?

Go ahead and think that this won’t happen to you. You’ll end up just like them. It’ll be fine because for some people this is just part of life.

But I’m challenging you to believe that this doesn’t have to happen to you. There are good people out there fighting the good fight for you guys. People like me, and other bloggers, Youtubers, and podcasters. People fighting for OUR generation.

The third lie you will be fed is that Wall Street is only for the elite. That you are middle class, so you must be poor.

“Only the filthy rich get richer”

LIE, LIE, pathetic LIE. Seriously, anyone can jump into the stock market. Whether you clean bathrooms or mow grass, you can own stocks! Period.

The problem is that most people don’t take the time or effort to try to build wealth. Because it’s a slow process. It MUST start small, and grow slow. Didn’t anybody ever teach you about the tortoise and the hare?

In today’s society, everybody thinks that they can get everything instantly. All because the internet and smartphones give us this instant gratification.

Were you born in a microwave?!? In today’s times, wealth is built the same way in was built in the Babylonian times. Slowly. Rome wasn’t built in one day. And you weren’t built in one day either. It took 9 painful months for you to be born. Even with all the advanced technology we have today.

Turn on the T.V. and it seems like everybody is making it rich instead of you. But it’s all for show, that isn’t reality. Did you know that Mark Cuban hustled for years before he hit the big pay dirt?

Let me tell you about Mark Cuban, shark tank extraordinaire. That guy lived with 6 friends in a rundown house and slept on the floor. And this was when he was 25, 26, 27. He patiently read EVERY single manual about PC computers. Then, and only then, was he able to sell his products to people, one-by-one.

And if you do get lucky, you’ll end up like the other broke lottery winners on TLC. Building wealth, and keeping wealth, is a skill that takes LONGER than you realize. No new iPhone or tablet is going to fix that.

I have to warn you from another mental trap before we proceed. Remember when your parents used to tell you not to talk to strangers? You didn’t understand why at the time, but aren’t you glad you listened.

This advice I’m giving you is the same thing. You’re not going to realize, my fresh and bright graduate, that all these dangers are around you. But I see them, and I want to help you. Many of the things that people consider “normal” end up stripping you from future freedoms and happiness.

Like this idea that you are going to buy a brand new car when you graduate and get your big girl job. Trust me, I had the same thinking.

But then I attained something more valuable than a piece of shiny metal. It’s called wisdom. And my wisdom showed me that it’s more important to free up as much income in my life than to add another stressful payment to it.

I had this idea that I would buy a brand new Audi A4 when I got my big boy job. Oh, then people would respect me! I’d be a professional grown-up, with my big boy job, car, and watch.

Let me tell you something. Being a professional grown-up sucks.

Do you know what I’d rather do now? I’d rather keep the car I had in college, and use the extra money to create more money. What’s a few more years of college-type living if it can create so much more freedom later on?

I’d love to be able to travel to the Bahamas, the Caribbean, throughout Europe and Asia. But I’m realizing that those things can’t happen if I’m driving around in a $40,000 piece of deteriorating metal! You’re going to get over the car in a few months anyways! But the payments don’t get bored too.

The numbers behind the amount of money you miss out on buying a new car straight out of college are astounding. There are some big, big decisions coming up ahead of you. Don’t take them at all lightly.

My Best Advice: Be Bold

I want to rap up this little version of my own commencement speech by adding some positivity to your narrative. These are all dire warnings, and I think you should consider all of them.

But the great thing is that you have your whole life ahead of you. The rest of your life really starts today. Welcome to the world, you’re back on square 1. And honestly, it’s such a refreshing place to be.

I’m excited for the potential that you have ahead of you. Never before has a generation been so tech savvy, so well educated, and so optimally placed to succeed in a world with vast resources and opportunities.

More and more Millennials are becoming millionaires. It’s happening faster than ever before, but only to the bold and the brave.

I want to challenge you to be bold. Our world is filled with sheep, and people who want to become sheep. There’s a certain comfort to becoming a sheep, no doubt. But the rewards for the bold and brave vastly outpace those of average people.

If you want to be rich, set your mind to it and don’t quit. You’ll become rich, I promise you. Want to start a business but have doubts? Squash those doubts and just GO FOR IT. We all have doubts.

Never in the history of the world have we had so much information in our fingertips. You can literally become an expert in anything. The possibilities are endless, because ideas are infinite and people are finite. There will never be enough people to fulfill all of these opportunities.

Which means that the biggest competition that you face is yourself. Nobody can stop you, not the president, the corporations, or the elite.

There is something magical about human determination, and I want to tell you that you can truly accomplish anything you set your mind to. I’m not saying this as feel good nonsense. I truly believe in this principle. Just look at what I did. I didn’t have to look far to find someone who told me it was impossible.

“Making money from the internet… what a bunch of hocus pocus. That’s just a pipe dream… blah blah blah”

Well guess what, I did it. And nothing is stopping me from getting even more done.

Today, right now, you can find a free podcast about most anything you want to be an expert at. Business, money, success, comedy, fashion, sports, athletics, philanthropy… it’s all there.

You don’t have to reinvent the wheel. Mark Zuckerberg didn’t invent the internet. Heck, he didn’t even invent the online social network.

Learn. Study up on what you want to conquer. There’s plenty of books, podcasts, and videos out there. After that, go conquer it. The world is ours for the taking.