There’s a lot of information about the world of investing out there. It is easily overwhelming. It seems everyone has their own agenda and opinion about money.

Yet there’s nothing more frustrating than reading an article that just doesn’t apply to you. Too much information means that most of it is just a waste of time. So if you’re a Millennial, why should you read this piece?

Well for one, I’m a Millennial too. I have ambitions of being able to pursue my passions and achieve financial freedom. I’d like to travel frequently. I grew up computer savvy. 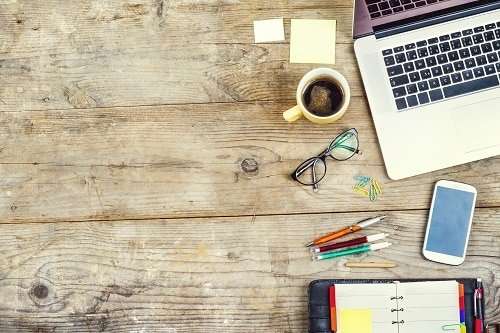 Not only that but I’ve also spent several years teaching thousands of people how to take a subject as intimidating as investing and making it palatable. My specialty is helping the absolute beginner.

So if I had to make a millennial investing guide, it’d probably look like this:

The goal here is to get you excited about investing. There’s a lot of options and you don’t have to be an expert. It also doesn’t have to be a boring corporate presentation that leaves you wanting to pull the skin down on your cheeks until they bleed. Do you agree with me? Good, I’ll keep that in mind.

So I could easily throw a bunch of numbers at you and show you why investing is good for you. I’m also sure I could show you the nutritional facts of a piece of broccoli too.

But we don’t care about that. We care about results. We want to see a six pack, not nutritional information.

Let me give you a quick story.

I knew I wanted to learn more about the stock market one day after work. My lead at the time had always been telling me about investing, but I wasn’t particularly interested. Then he showed up in a brand new shiny Corvette. Keep in mind he already had a Lexus.

What my lead told me changed my mindset real quick. He said he bought the car with some shares that he sold. That’s right, he used the stock market to buy a hot sports car. After that day, I decided I’d pay a lot more attention to his talks about investing.

Here’s the part that gets tricky for most people. The truth is, you need your personal finances in order to make money in the stock market. I know that’s like telling you to eat your vegetables.

But this is something that could make the difference between working for the man your whole life versus choosing when and how you want to work, if you want to work at all. Like I said, I’ll make it palatable. Forget all the theory, here’s what I do and it works.

The first part is you need to make a decent income. If you’re struggling with that, read my article about getting money to invest. I share some career advice and other ideas for extra income.

Part two is controlling your money. It doesn’t have to be in the way that your annoying micromanaging boss from your last job controls his employees. Just put a smart system in place.

For me, that means putting everything on auto pay. I don’t have to worry about it, and it saves me time and stress. The important part: put a designated amount away into an account every month. It comes out like a bill and you don’t really have to account for it. Just check your balance like you normally would.

If you like numbers, you can be ambitious and make a Google Sheet with all of your monthly expenses on there. I like it because it makes it so I know how much I can spend on fun and I never run into problems. For example, I get paid every two weeks but most of my bills come out at the beginning of the month. Having a spreadsheet lets me know how much to not spend that second paycheck.

The Google Sheet definitely helps but it’s not required.

Finally, if your employer offers a 401k match take the free money. Contribute at least to the max of their match. I promise you that you won’t find a better deal anywhere.

How to Get Started

This part is a lot simpler than most people think.

Saying you’ll do it later is the same as saying no. Life has too many demands that taking forcible and intentional actions is the only way to make progress. It’s literally like opening a Facebook account.

Start on TradeKing. They have the lowest fees and I love using them (International or non-U.S. citizens should use SureTrader). You can always transfer to a different broker later if you end up unhappy.

Did it yet? Good. Next step.

Now this is the fun part. Well at least for me it is. I know some people just want to make money and not want to think about it. If that’s you, awesome. Buy as much $SPY as you can and just hold it long term.

Real quick though before you do that, remember the following:

I’m telling you this because this is how it works. I’ve literally condensed the most important concepts in the whole world of investing into those 3 bullet points.

You want to be long term because the stock market averages a 7% return every year. However, that’s an average. The stock market also crashes on average every 10 years. That’s when you see people freaking out on the news and committing suicide. It’s because they don’t do bullet #1 and bullet #2.

It’s generally impossible to know when the stock market is going to crash. If you know how let me know and we can be the next billionaires. But, if you hold your investments long term and you let it ride during the crashes you will average around 7% a year. It has been going on like this for over one hundred years.

You need to diversify because unlike the stock market as a whole, individual stocks can crash all the way to zero and don’t necessarily average 7% a year. So you could hold long term but lose all your money by picking the wrong stock.

That’s why I’m telling you just buy $SPY. Buying it is like owning the top 500 stocks in the U.S., which is called the S&P500 and is usually what people mean when they say “the market”. When you’re diversified and you own much of the market, you can expect the 7% market average.

Why add to your investments?

This concept is called dollar cost averaging, and it’s simple. Just put the same amount of money into your account every month. Buy some $SPY whenever you have enough in the account.

The reason behind this is that like I said, you can never know what to expect with the market. Trying to find the right time to buy is like running a mile and then eating two double cheeseburgers. It’s just a bunch of wasted effort.

Not only that, but you won’t make much money on a single investment. The key is to slowly build, until one day it has compounded to a lot. It’s each baby step that will make you wealthy, not the sprints or leaps.

You can take those three bullet points and carve out a fantastic life for yourself. If you get aggressive enough with your finances, you could beat the system and just work when you want to.

If you’re willing to put in extra effort and potentially reach your goals faster, then a more advanced guide might be for you. Like this one, I’ve put a free guide out there that helps you select individual stocks that could give you superior results. I’m talking about pursuing returns above 7% a year.

It’s definitely possible and it’s definitely been done before. Crazy amounts of wealth has been made and documented. The advanced strategies are simple as well, but they take drive and effort.

So if you have the drive, go read my 7 Steps to Understanding the Stock Market guide. Some of what we covered here is there, and advanced strategies are there as well. Anything and everything is possible.