Return on Total Assets (ROA) is one of the key metrics of a firm’s operating performance. The ratio takes into account the assets that the company uses to support its core operations and compares them to the net income that it generates by using these assets. 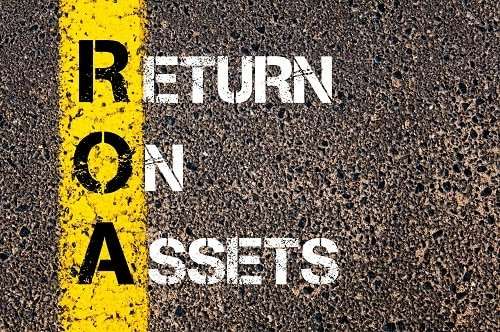 Hence, a high ROA ratio implies that the company can generate a sufficient return on these assets without simply generating huge sales. On the other hand, companies that are heavy users of their assets need to produce a higher level of net income to support their operations.

Warren Buffet is a globally known investment guru with a fantastic ability to spot great investment ideas and generate a profit. Although what he does sounds far too complicated, the truth of the matter is that Warren Buffet likes to keep things simple.

For example, one of his best quotes related to long-term investing is: “Your goal as an investor should simply be to purchase, at a rational price, a part interest in an easily-understandable business whose earnings are virtually certain to be materially higher five, ten and twenty years from now.”

Some people might say “easier said than done” but the Buffets’ way is based upon fundamental relative valuation.

Buffet says Stock X is a buy, or if you already own Stock X, you should hold it. How does Buffet reach this decision? Definitely not by speculating. Instead, one of his most favorite valuation metrics is ROA.

First of all, Buffet is a value investor, hence, he is favoring long-term investing, and he is looking for undervalued stocks. He determines a company’s intrinsic value and he allows a 25% margin to the firm’s market cap to conclude that the stock is undervalued.

Besides the fact that no one (so far) can match Buffet’s ability to calculate the intrinsic value so accurately, he is also using ROA as a metric to evaluate the level of profit a company generates compared to its asset base.

Buffett follows companies that consistently deliver a high ROA ratio, suggesting that, in the long-run, these companies are less likely to default on their short-term liabilities or get out of business overnight.

The second step is to assess the company’s assets. Why? Because companies that efficiently manage their assets are also able to generate earnings, hence the stock price rises.

Return on Total Assets (ROA) can be found in a firm’s income statement or you can calculate on your own as follows:

What does the 36.76% mean? That for every dollar the company invests in its assets, it generates almost $37 dollars in profits. Of course, as any other valuation metric, ROA should be compared to the industry benchmark or a group of similar companies that operate in the same industry.

Otherwise, a plain percentage says nothing, and analysts or investment managers are not shooting for a specific percentage.

For instance, there may companies with a ROA of 1% that are significantly better stocks than companies with a 20% ROA. There are also cases of companies like for example, Enron, that were deliberately showing high ROA ratios on their income statements as a means to attract more investors. So, at the end of the day, it all boils down to the industry.

I have constructed the following table to compare a few stocks with attractive Return on Total Assets ratios, which continued to have a strong price performance.

Factset is the leader with a price change of 84.6% from 2012 to 2015 and a rising ROA. Yet, all other companies have demonstrated a stable ROA performance, which is reflected in their price performance during this period.

Note that the companies are of different industries and sectors, which, again, proves that the ROA is not a stand-alone metric, but it should always be used in comparison to relevant metrics.