So I was at the dealership the other day and narrowly avoided getting taken for a run. If you know me by now, you’ll already know I try to avoid the dealership like the plague. The only reason I was there…

My wife needed a new radio since the backlight broke, so I went to Best Buy to get a fancy aftermarket deck with Bluetooth. The very first time she’s on the freeway since the installation the whole car shakes and the EPC light comes on. She’s also having trouble shifting gears.

Of course that grinded my gears, so I got Geek Squad to replace the wiring harness for free since that’s a common trouble maker. That still doesn’t work, and the manager tells me he can reimburse me to fix the car if I go to a major dealership and they determine it was the new radio’s fault. 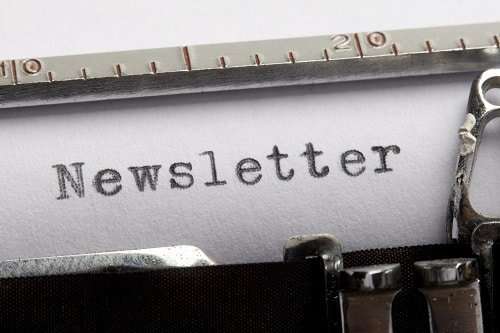 Just my luck and it’s a sensor under the engine block that syncs to the crank shaft, and nothing to do with the radio. Bad timing I guess.

The mechanic there gives me the general diagnostic and I specifically ask him to give me the front tire tread depth since I know it’s getting low. He gives me a list of repairs to monitor for the future, being a VW that’s no surprise there.

He determines that I need new tires in addition to the crank sensor because in his words, the tread on the shoulder was down to secondary tread. I hadn’t heard the words “shoulder” or “secondary tread” when it came to replacing tires before, so I was skeptical.

Like I said in the title… to avoid getting ripped off I did basic due diligence.

Instead of letting the stealership overcharge me for new tires, I took it to a tire place I knew that gives free tire diagnostics. Is it surprising to find out that the tires had a good year left in them?

Look, you can easily do the same thing in the stock market. Either a quick Google search or asking a trusted friend who is more experienced than you can save you from a lot of trouble.

For example, did you know that over 80% of active mutual fund managers under perform the market? Did you know that Merrill Lynch did a study over 80+ years showing that value stocks greatly outperformed growth stocks?

You can do easy due diligence to confirm this. But most people put their finances on autopilot and accept inferior results.

When I first started out in the market, I was both skeptical and a little lost. I mean, there seemed to be a million paths I could take to reach my goal… but how would I know which was the right way?

Luckily, I was like a sponge for information and literally stumbled into some of the best investing strategies almost immediately. A couple of $20 – $30 books on investing have easily become much better investments than any single stock will ever be.

It was great to hear these time-tested principles, but it was still easy to be skeptical when these books were written decades ago. I mean, the world has changed so much. Can they really still work?

That’s when I stumbled upon Porter Stansberry’s podcast and newsletter service. I learned a ton from his podcast, and he really pushed his newsletter service pretty hard. He was confident that it would more than pay for itself over.

But the idea of paying somebody over the internet for valuable information was still foreign to me. I mean, I had bought stuff off Amazon and eBay but this was a completely different feel. It felt like a risk.

I finally pulled the trigger, understanding that the price was small up front and this guy had way more experience than I did. I also made the decision that I would do some simple yet focused due diligence.

So after putting down some cold hard cash, I went through every issue from the newsletter archives back to 2008 and inputted his stock recommendations into a spreadsheet. I then tracked the performance and compared it to the S&P 500.

To my surprise, he had the results to back up his claims. In that time period, his newsletter outperformed the market average by 1% a year. For an investor with an average income investing 10%, that 1% would be over $1 million over the life of the investor.

Discovering this completely changed my paradigm of investing.

For one, it confirmed that these almost 100 year old books still ring true today. Many of the newsletter’s picks had the same kind of characteristics I had read about in these books. And here’s this guy, being completely transparent, putting his money where his mouth is.

Mostly every expert out there has his own style, and it’s important to be selective about who you choose to follow. But the fact remains that investment help is a business, not a charity. The best ideas can’t all be handed out for free. There’s no government money printer to fund such an endeavor.

Unfortunately you have to risk a little money to make money in the stock market, and that goes for both stock purchases and investment products.

My best ideas each month can only be unlocked by a paid subscription, and I make no apologies about that. But I do take pride in the fact that unlike most investing newsletters, I teach you how to fish instead of giving you fish.

You can try to DIY it all on your own. You can spend hundreds of dollars and hours on investing books like I did.

Or you can do some basic due diligence. Fact check my claims about value investing. Follow a strategy. Then never look back.