Use the trailing stop loss. 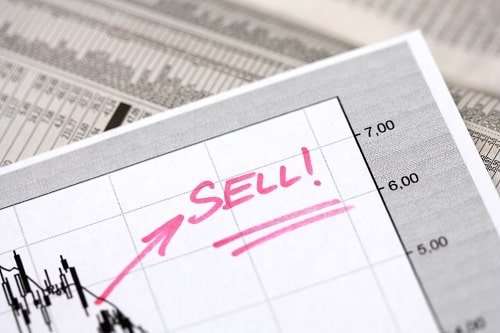 A trailing stop limit is an order you place with your broker. It places a limit on your loss so that you don’t sell too low.

For example, say you have a stock trading at $10 and you put a stop loss at $9 and a stop limit at $8.50. If the stock suddenly crashes to $7, making your sell order at $7, the broker wouldn’t execute the stop loss because it is below your limit of $8.50. So the stop limit protects against fast price declines.

In a stop loss situation, your broker would’ve just sold your stock as soon as it crossed below $9, in this example you would’ve sold at $7.

The trailing stop is preferred over the stop limit because there’s protection against very fast swings. Since there’s a trailing stop set for the end of day, the presence of these cases are already much more minimized. At the end of the day, a loss is a loss.

Losing a few more percentage points than 25% (because of no limit), is fine in this case. It’s much better than the alternative, which is a stock that skips under the limit and keeps crashing. That’s a much worse situation than losing a couple basis points.

Why is a Trailing Stop So Important?

Before you jump into the market, make sure you have an exit strategy taken care of. You can easily maximize profit and minimize loss with one move. It’s based on a simple concept.

Cut your losses, and let your winners ride.

All investing should be based on this. Far too many people get emotional with their investments. They don’t know how to identify losers. Yet those are the mistakes that cost the most money.

Being wrong is just part of the game.

The investors who succeed over time are the ones who minimize the losers and maximize the winners. Just as many people who hold on to a loser too long, there are just as many who sell too soon.

I’m sure you’ve heard of them. They got scared, got nervous, wanted to lock in profits. For whatever reason they wanted to sell.

Then the market went higher. Or rebounded. And just kept going, and going, and going. Not only is the investor missing out on all the gains, but he could’ve participated just by doing nothing.

But there is a definitive way to solve this problem for many kinds of investors. It involves cutting your losses and letting your winners ride. Best of all, it’s easy to implement.

What this does is significantly reduce your downside risk. With any investment, you will lose at most, the trailing stop amount. 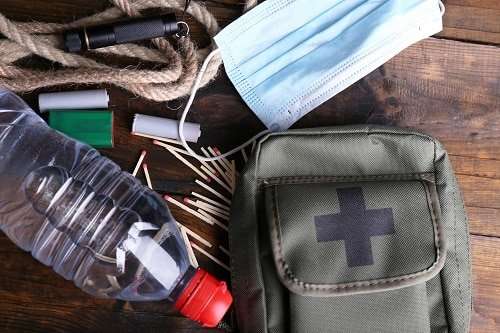 If the stock goes up instead of down, you get to ride it all the way up. Once it stops its run up, the trailing stop locks in your profits and protects you from further price decreases.

Most investing beginners aren’t aware that the market goes into a recession every 5- 10 years. It’s not just during times like the Great Depression either.

I don’t say this to scare you. But you need to understand the facts.

Stop looking at the economy as black and white. It’s not sick or well. It’s not recession or not.

A recession is part of the economy. The economy will always have a recession. It’s not the president’s fault, Wall Street’s fault, or your fault.

The economy works like the seasons. When it’s winter, you don’t worry that it will always be winter. Why? Because you know that winter will bring spring, which will bring summer, until it’s winter again.

And it’s the exact same with the economy. And the stock market. It goes up, and it goes down. It goes into recessions, and out of recessions. It booms up, then crashes down.

Instead of always second guessing yourself and fearing the next crash, why don’t you just prepare for it? How? Use trailing stops.

A trailing stop will let you ride the market up, and get you out when it falls. It greatly maximizes profit and minimizes loss, without forcing you to think about it.

A commonly recommended trailing stop is 25%.

Be careful that you don’t set too tight of a trailing stop. A trailing stop of 5% or less will probably have you trading in and out of positions every week. That’s not what we are trying to do here.

The point of the trailing stop is to keep you invested long term. Of course, sometimes the market doesn’t agree with this plan. In this case, you sell and buy in somewhere else next month. With a new trailing stop.

I built this website when I was just a beginner myself. This resulted in me being open to all strategies. I’ve looked at every argument objectively, and I believe it has set myself and my readers up for the most success.

Part of this has resulted in my learning of the trailing stop. It’s used mostly in technical analysis, but you’d be astounded at how powerful it can be when combined with fundamentals.

The right investing strategy, coupled with trailing stops, can be extremely profitable.

You need an exit plan. You need peace of mind. You need maximum profits. You need minimized losses.

A trailing stop gives you all of this.

Stocks can swing heavily during intraday trading, and you become subject to the whims of day traders. The flash crashes we’ve seen in recent years will probably only increase in frequency, but they only result in temporary swings. You’ll almost always see the stock recover back to normal fairly quickly, and the only people who get burned are the ones who had market orders in with their brokers.

It just doesn’t make sense. Why would I tell the person (my broker) who’s primary focus is to create transaction costs… why would I tell him my exact plan of where I want to be out of the stock.

Considering they receive millions of orders a day, why wouldn’t they manipulate the order of processing buy/sell orders to increase their transaction fee take. I’m not trying to say that they would, but the way that their financial incentives lie run at a crossroads to our financial interests makes me suspicious about sharing information unnecessarily.

Are there downsides to this idea? Sure. Are there cases where I’d lose out by doing this instead of a trailing stop limit? Of course.

But the majority of the time I know I’ll be right. Simply because stocks have much more volatility during intra-day compared to end of day prices.

A common critique about using a trailing stop is that it contradicts the idea of buying and holding for the long term. Part of buy and hold means holding through a steep downturn in the market. Here’s another question from a reader that outlines their concern:

First of all – the investment information you share through your web site really resonates with me!  But I struggle with a topic.

I utilize trailing stop loses alerts to minimize my loses and / or lock in gains. This strategies works well but an investor needs to be disciplined and follow through on selling a stock if the alert is triggered.  What happens if the market quickly switched from being bullish  to being bearish. I could receive alerts for all of my investments. Theoretically I should sell, sell, sell. But this is different from the advice to stay in the roll a coaster and ride out the dip in the market.

Your thoughts on the topic would be great appreciated!

These days, I’ve found that the trailing stop hasn’t worked for me as a value investor who buys stocks that can take a while to recover (and drop lower in the process).

But I see its potential as a great tool to help cover the downside for investors, and should be required if you’re buying highly speculative or expensive stocks.

To get that in sync with buy and hold, you have to reinvest after you sell. That way you still ride the dips, and aren’t trying to time the market.

If it was me, I’d do it the very next month after selling. Also, for portfolios in a Roth IRA, those aren’t penalized tax wise for selling early.

To recap: The trailing stop can be a very important piece of a portfolio. Adding a trailing stop limit adds a condition that keeps you from selling lower than you’d like. But it also leaves the possibility of skipping past your stop point and having the stock continue downwards.

Using a trailing stop over the trailing stop limit seems advantageous because it hardens your floor. However, if you are to use trailing stops, I advocate not putting the order in with your broker and tracking it yourself in case of a flash crash or other extreme intraday trading situation.

As a big proponent of buy and hold investing, I like the trailing stop as a risk management tool for certain types of investors– but only with the caveat that they buying new stocks with the capital right after triggering a stop loss.

This will increase your exposure to riding out dips in the market while still participating in the recovery.