Trying to determine a reasonable valuation of shares for a stock you are considering can be equated, in some ways, with the way and strategies many people use when they go hunting.

I had my first hunting experience back in early 2017 with a friend who was a seasoned hunting enthusiast. I found that the basic approach was fascinating and also very intuitive. From what I understand, there are two busy hunting seasons in the place where I hunted in North Carolina– deer and turkey. 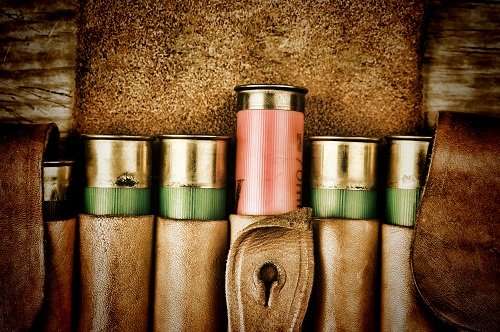 For both occasions you tend to use a shotgun. But, the type of round you use is dependent on what you are hunting. For turkeys you use a round that functions more traditionally like a shotgun. One that sprays wide. For deer, the round tends to be more compacted.

Here’s the logic behind it, and it makes sense for building an idea of the valuation of shares for a publicly traded company.

Turkey are small so you don’t need a big bullet. You just need to hit one with a piece of a bullet. The spray gives you a better chance. With a deer, you need a much more powerful bullet. A little bullet fragment won’t do it, so you need as much firepower to take it down. Of course, you’re consequently more likely to miss.

When I pick stocks… and especially when it comes to price valuations… I prefer a more spray type round.

Finding the valuation of shares for a stock is a way to calculate whether a stock is cheaper or more expensive than it is really worth.

For example, if you’ve calculated the share valuation of a company to be $20 billion and the market cap of that stock is $10 billion right now, you’re gonna want to buy.

The pitfall I see in any price valuation is taking a more sniper, or concentrated, approach– by only honing in on one or two ratios to calculate valuation. This becomes a problem because the market tends to regulate certain valuations over time.

For example, sometimes you’ll have a couple of years where buying low P/E stocks would have out-performed any other strategy. Other years this could be low P/B stocks, or high cash flow stocks. But, if you buy based on a wide set of price valuations, specifically by using all 3 financial statements, you’re increasing your chance that the stock is truly a low valuation as a whole.

The stock market is different than hunting in the sense that you’ll get the same amount of “meat” from a turkey or a deer. Sure, a lower valuation stock probably has more upside. But sometimes not. And it’s impossible to predict 100%. The reality is every stock has unlimited potential.

So the way I see it, why not use a weapon that “covers more ground”. I see it as a more pure valuation because it’s NOT honed in on one or two ratios. Instead of doing that, do something like examining all 3 financial statements and making sure that the valuation of shares is reasonable from each of those standpoints.

The upside to taking a “spray approach” to price valuations is not only with the potential gain, but also with the liklihood of limiting losses (the “emphasis on the safety” part of finding a margin of safety).

How Low Valuation of Shares Can Limit Losses

A common allure of value stocks is that usually, they fall less than other stocks during a crash. Though not gaining as much during a strong bull market, this combination almost always means better performance.

You see it in Buffett’s portfolio in past bubbles and with other successful value investors.

In Joel Greenblatt’s The Little Book That Beats the Market, Greenblatt showed that while the above statement proved true, it happened more in stocks with low P/B and P/S rather than low P/E. Which comes back to the idea of using a “spray approach” to a valuation of shares attempt (2 price valuations) rather than a “focus” (1 price ratio). The potential outcome makes sense logically too.

Earnings bounce around much, much more from year to year than assets. They tend to fluctuate more than sales too, especially with all the accounting rules and the variability of expenses.

So it’s not uncommon for a stock to bounce between a low P/E and a high P/E in just a couple years.

During the same time, P/B and P/S remained more stable and moved more with the price. Those valuations were better indications of value, which confirms James O’Shaughnessy’s research too. He found the two absolutely most correlated valuations to high outperformance in the market to be low P/B and P/S.

Now don’t think that these conclusions mean that investors should just disregard P/E. There’s probably more examples where low P/E accurately predicted good performance than bad. And a focus on low P/E ensures we are buying profitable stocks, which is the #1 most important aspect of a business anyway.

Rather the emphasis should be to look at a valuation attempt with a big picture approach, one where you are examing the 3 financial statements: the income statement, the balance sheet, and the cash flow statement.

Each statement will ensure a few things.

#1- The income statement will tell you whether a company is profitable, whether it has a stable base of sales (hopefully growing) to consistently weather unexpected large expenses, and if the dividend payout is healthy and adequate.

#2- The balance sheet will tell you if the company has a foundation for long term financial health, and indicate if a stock is high risk from having too much debt or too many liabilities. When looking at the market, a great valuation of shares might not lead to great future returns if the health of the balance sheet is shaky.

#3- Finally, the cash flow statement can tell you how much cash a company has on hand that can have the potential to be reinvested in the business for higher earnings or be used to bandage a drop in sales and/or demand. It can also give greater context to what’s going on in the income statement.

I’ve linked up simple guides to each of these financial statements to help you learn and understand the key concepts of them.

It might take a bit longer to comprehend and isn’t as simple as using a single price valuation to come up with a buy decision. However, it can be much more effective when you consider that there are many aspects to a business and the attractiveness of its stock, and you need to cover as much ground as you can in this regard.