Start digging a little bit into the investing world, and you’ll soon see… There are some heated debates out there. Growth vs. Value. Efficient Market Theory vs. Inefficient. To buy and hold, or not to buy and hold.

The topics, controversies, strategies, and components are endless. You can easily get sucked into a furious battle with internet trolls and know-it-alls.

For you, the beginner, it’s important to keep an open mind.

It will only be a matter of time before you make your own opinions, but take the time to learn all the opinions out there. I know I did this, and I’m glad I did.

It’s confusing, no doubt, but the best way to feel confident in your own strategy is to figure out where it is weak. I know it’s painful and sometimes downright discouraging, but it’s for the best. Think about how long your investing life will span. For most everyone, it’s for the rest of your life. And it could potentially span decades.

So before you fully commit to a strategy, be sure you know its basic downfalls and advantages. Try to think critically. Think ahead. Think of all possible situations. 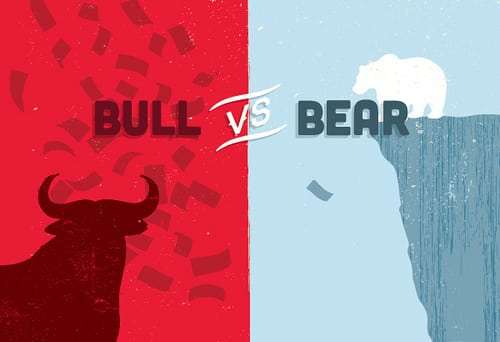 The problem with most investing arguments is that they are intellectually bankrupt. They cherry pick. They are emotional, extreme. Hindsight is 20-20.

In reality, there is no right answer.

With that said, I do like to spend some time digging into the financial arguments of the day. It’s useful and interesting. I like to share my 2 cents, because I know I have a perspective unlike anyone else.

Read what I have to say, and importantly, digest it. Think about it critically. Sure, I might do more research than the average person on these topics, but I always strive to present my arguments in a way that the layman can understand.

With that lengthy– yet important– disclaimer out of the way, let’s go back to the title. You might be thinking I’m crazy. The best time to buy and hold is when buy and hold is dead? Are you nuts?

Whatever the numbers are, I’m sure you’ve seen this. Well guess what, these numbers don’t matter. They are always taken out of context. You can’t use them to compare.

Let me repeat, this data is invalid. Unusable. Insignificant.

What?! “Ok, Andrew, now you’ve really lost your mind.” No, again I think you should hear me out. This is going to change the way you look at investing articles and arguments. It won’t ever be the same, but that’s a good thing.

You see, the data that analysts and authors will present is always based on dates. Whenever you compare returns, you have to use a time period. You can’t calculate an investment’s return without assuming a start date and a final date.

And that, my friends, is exactly why this data is no good. You see, it doesn’t matter which strategy you choose to attack. There’s always a time where it will perform spectacularly, and always a time it will underperform.

The S&P 500 does really well during a great economy, and not so well during a recession. Buy and hold has similar performance to the S&P 500; great sometimes, poor sometimes.

This gets back to what I was saying earlier.

This kind of article will have numbers like this, saying that the S&P 500 has returned an average of 10% in 15 years. Saying that if you just buy and hold the S&P 500, you would beat bonds, or beat T-Bills in compounded annual growth rate returns.

Don’t get me wrong, this is true… at the moment the article is being written. Meaning if you were to sell all of your buy and hold investments AT THAT MOMENT, that you would beat most everything else.

But it’s intellectually dishonest because the author is cherry picking a time period. More specifically, the author is choosing to write the article at a time of raging stock prices, and so the returns are all high at that moment.

I have a problem with this because it goes the other way too.

They aren’t trying to help you choose a strategy!! They are just packaging popular opinion and selling it back to you!

You see, the “buy and hold is dead” authors will give you all the same numbers I was talking about above. They will show you that returns have been so bad, and that no one can just hold on to investments anymore.

Don’t believe me? Check back when this bull market turns sour. Try to observe how quickly sentiment changes. And how overly optimistic, then pessimistic the general public becomes. It’s always reflected in the media as well. Magazines, investing blogs and websites too.

This is why you can’t believe the compounded annual return numbers you see on investing articles. They are always cherry picked to support their argument.

AND THEY ALWAYS CHANGE. Every single year.

You will see return numbers change for indexes like the S&P 500, or for strategies like buy and hold and value investing.

The numbers aren’t lying, but the author is. He is trying to convince you to his strategy, or rationalize his position. There’s nothing wrong with this, but he is doing it the wrong way.

So the next time you see an article that is proclaiming that buy and hold is dead, you now have an opportunity.

Firstly because you know that it is a bunch of b.s. Buy and hold doesn’t die, just as trend following doesn’t die. They are both good in different markets.

Secondly the best time to jump into a buy and hold strategy is when popular media believes it’s the worst time. Because by this time, a lot of the damage has already been done. And the market recovers every time, just as the sun rises again in the morning.

Thirdly you’ve heard this story before, because I already told you.

**All Rights Reserved. Investing for Beginners 2013**
**Photo shown above can be found here: Photo Attribution**
**The Best Time to Buy and Hold is when “Buy and Hold is Dead”**