There are a lot of decisions made at the company level that affect shareholders and their long term returns. A major one is when management decides to start diluting shares.

This can cause multiple problems for the average investor– a big one being a lack of awareness that share dilution is even happening. And even with this awareness, the lack of understanding on the true impact that the dilution of shares has on shareholders of a stock. 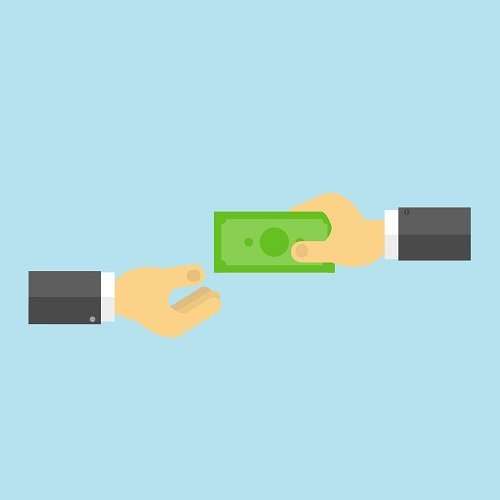 In this blog post I’ll take the two following basic concepts and examine their reaching impact on shareholders:

Like I often try to do, I’ll use easy and simple examples and metaphors to try and explain a complex topic. It’s my hope that investors will read this material and equip it in their toolkit to better understand a company’s financials, and identify when management might be making decisions that are unfriendly to shareholders.

Back in December/ January, Dave Ahern and I did a 5-part podcast series getting “Back to the Basics” of the stock market and investing. It started on episode 43 and introduced share buybacks and dilution, which you can listen to here:
https://einvestingforbeginners.com/stocks-and-shares/

In that very first episode of the series, we discussed why and how the stock market works. In any basic lesson about stocks, you’ll learn that companies issue shares to get capital to help grow their business faster.

You see this function at a much greater scale in the private equity world. Think like “Shark Tank” companies. Start-ups.

Once a company goes public (IPO) it’s a bit different. The original founders usually lose majority control of their company, or give up a significant portion of it for a LARGE payout.

But at that huge level of IPO, where there’s now hundreds of millions or billions of dollars being sloshed around, that basic concept of selling shares so the company gets more cash kinda loses its effect.

It isn’t such a direct shares-for-cash trade anymore.

Let me explain it here because it’ll help you understand.

Once a business is a public corporation, they tend to set and maintain a base level (number) of shares. Example: our t-shirt company has 2 billion shares. Say our shares outstanding stays at 2B for 5 years.

When more people want to buy our shares, the number of shares outstanding isn’t increasing. Instead, the price of our stock goes up.

Same on the reverse. More people selling shares makes the price go down.

Remember that’s a bit different than the “stocks and shares 101” concept. In private equity, we sell shares to angel investors– the number of shares outstanding goes up and we get cash.

Say our t-shirt company is struggling with debt obligations and desperately needs an injection of cash. In this case, NOW we sell shares and instead of the price of the stock going up– our shares outstanding increases. This is called diluting shares.

So it’s a similar situation to private equity, but that important distinction can get confusing when you’re relating the two.

This is where the company has extra cash and feels that their stock price is cheap. They will buyback shares, which reduces the shares outstanding– usually also increasing the stock price.

Shareholders like this because their shares are now a bigger portion of the business, and the stock price usually increases from it.

Measures like EPS (earnings per share) and BVPS also automatically increase because there are less shares, which can drive even higher stock prices because Wall Street likes that. Diluting shares can drive the stock price down for all the opposite reasons.

But the resulting stock price movements mentioned aren’t always guaranteed to move exactly like that. Public corporations usually aren’t diluting or buying back shares every year, so it can sometimes be a big event to consider when analyzing stocks.

This is why it’s important to LOOK AT MULTIPLE YEARS of financials. I prefer at least 5 years when I’m filling out my Value Trap Indicator spreadsheet.

Here’s a video example of how to find multiple years of a stock’s financial data for more precise estimations of earnings growth and company performance:

Doing this allows you to see how all of the metrics are moving. You can then monitor shares outstanding, and see times when EPS is increasing or decreasing from dilution or buybacks.

It’s a higher level of analysis than the usual “analyses” you see in the media or with Wall Street analysts, those with a heavy focus on EPS vs. projections.

Next, let me share a few case study examples. I’ll show a stock that grew its EPS mostly through share buybacks, and a stock that diluted its shares to boost cash.

The appearance of growth not aligning with real business growth becomes more apparent in the balance sheet.

You can see that despite great EPS and earnings growth in 2008, Shareholder’s Equity actually declined -7.2% over the same time period.

The following years turned out to be rough for $XOM, partly because of falling oil prices but also possibly because of too much of a focus on stock buybacks and not enough focus on growing the actual business.

Next let’s look at a real life example of the opposite kind of situation of share buybacks, share dilution. For this one I will take the 2018 10-k for Tesla.

Look where I’ve highlighted the change in shares outstanding. As you can see, it has increased every year– which pushes down the EPS and creates more cash for the company.

How has that impacted this business?

Here the shareholder’s equity has actually increased from 2016 to 2017. The greater amounts of PPE should, in theory, lead to higher profits. However, profitability (shown in the income statement above) is actually getting worse instead of better.

This is a perfect example of the type of diluting shares situation to avoid. Not only are shareholders losing ownership in the company through the years, but the business is essentially taking that extra cash and setting it on fire. The problem for the business isn’t more cash, the problem is a terrible business model. Fix the efficiency before trying to bandage over the problems with cash.

I hope you now understand how shares outstanding can be modified by companies and what the implications can be for investors.

Sometimes the results can be beneficial for both the company and for shareholders, but it takes a deeper look inside the financial statements to make a definitive determination.