If you are a stock speculator, you believe you can outperform the market and markets are not efficient.  Regarding the subject of market efficiency, I am not a proponent of the efficient market hypothesis at the small-cap level because there simply isn’t the same number of investors looking at what the company is doing and that leaves the door open for mispricing of companies.

Trend followers like John W. Henry, which I discussed in my article trend following for beginners, place more importance on a study of market price rather than fundamentals. 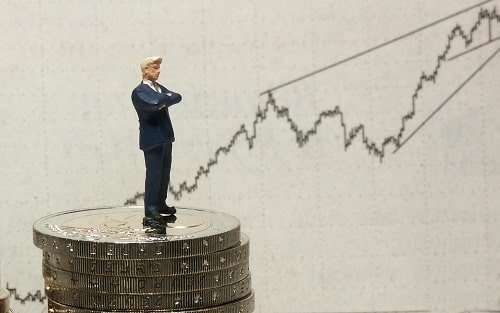 My long-term speculations on small caps are primarily contrarian and based on fundamental analysis – meaning that I want to see a turn-around taking place with the company.  There must be some sort of impetus for the turnaround – a new product, new legislation opening up a new market, political trends etc. I like turnaround situations a lot because the share prices are usually significantly depressed, presenting an opportunity for a great upside.

Researching a company’s financial strength going into the turnaround should be an important factor in your strategy.  If the company is sufficiently funded, then the propensity for dilution diminishes, which is a key factor in generating high returns.

I’ve invested in a lot of turn-around companies that had some great news, but the companies were often financially weak, and thus some potential upside was dampened by stock offerings or convertible debentures.  In these aforementioned cases, I would typically sell once the price begins to stagnate and the volume begins to diminish.

When a company wasn’t needing outside financial help, I found I could hold on to their stocks and let them develop a bit.  New issue small caps can also be interesting, but are in many cases fueled by the initial hype of the IPO and everyone wanting a “piece of the action”, which is followed by a sharp drop.  Buyer beware.

What is a small cap?  According to Wikipeida.com, “A small cap company typically has under $1 billion under control and are hence considered small companies. Small companies generally are not able to secure the best (prime) borrowing rates and wield reduced power, including a smaller market share. Being small, they are also less financially stable than larger companies, and are more likely to become bankrupt. However, they do generally have more growth potential and over time have greater but more volatile expected returns.”

The small-firm effect, originated by Rolf Banz in 1981 is one of the most cited refutations of the efficient market hypothesis.  He found that by dividing all NYSE stocks into quintiles according to firm size, the average annual return of firms in the smallest quintile was 19% greater than the average return of firms in the largest quintile. (“The Relationship between Return and Market Value of common Stocks.  Journal of financial Economics (March 1981)

There is some disagreement about what exactly causes such a divergence in returns.  Some researchers say that it is due to the January effect which shows up more dramatically with small stocks vis-à-vis larger stocks, because of the inherent volatility of small stocks.  Furthermore, Marc R. Reinganum (1983) found that within size class, firms that had declined more severely in price were usually small firms and had larger January returns.  (“The Anomalous Stock Market Behavior of Small Firms in January:  Empiracal Tests for Tax-Loss Effects”  June 1983.

Variability over time of the small firm effect has been noted by P. Brown, A Kleindon and T. Marsh (1983).  However Reinganum (1992) conducted an interesting study on the predictability of relative performance of small cap verses large cap stocks, which showed that variability in the small stock effect is not entirely random.

Reinganum’s evidence suggests that the relative performance of small versus large cap stocks can be predicted at longer-run investment horizons such as five years, and that the small firm effect tends to reverse itself.  In other words, following a five year period where large cap stocks outperform small cap stocks, the relative performance is reversed with the small caps outperforming the large caps.

A word of caution: after researching various academic studies, there does seem to be a great degree of conflicting information regarding a wide range of topics. A study in the Journal of Finance will be printed declaring a particular finding, and then a few years later another study will be released showing that the results from the previous study has been reversed.  So by the time you start to implement the findings of the first study, they become obsolete.

When I read academic studies on finance, I am often reminded of the studies conducted of various foods and how it affects our health or propensity to gain or lose weight.  One moment a certain food or diet is the panacea, and the next thing we hear is the opposite.

Regardless, it is still worthwhile to research academic studies and make our own decisions based on the presented data  – it at least gets your mind working.  Victor Niederhoffer, a well-known speculator has written a few interesting books on stock speculation and speaks of the principle of ever-changing cycles that may be worth looking into if you would like to learn some interesting insights into the subject.

Small caps are probably my favorite type of stocks to speculate on because there is typically more volatility and upside.  I think it is important to have some “fun money” in your portfolio – It doesn’t have to be a large percentage – but it will keep your mind active.  Buy and hold can be boring and also rewarding after many years, however a little speculation makes you feel alive.   Good luck and happy hunting! – Dave Reiner