The words compounding interest are two of the most powerful in the investing world. Today, I’m going to show you 10 reasons why.

Albert Einstein called compound interest, “the most powerful force in the universe.” Billionaire Warren Buffett confessed, “My wealth has come from a combination of living in America, some lucky genes, and compound interest.” Benjamin Franklin described it as, “Money makes money. And the money that money makes, makes money.”

Compounding interest is a basic principle that everyone should learn, because it can truly help everyone. 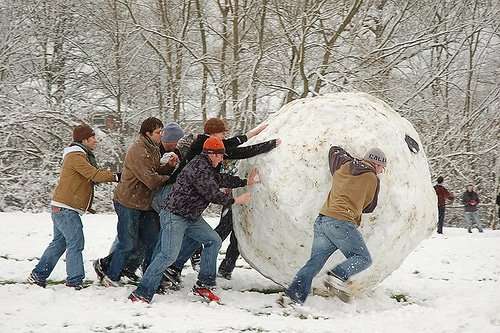 1. Compounding interest is the great equalizer.

Time is truly a wonderful thing, and it’s something we all share in common. Compounding interest works its magic because of this. It is a universal truth.

Have you ever wondered at what makes an avalanche so powerful? A force so massive actually starts from a very small place. Before an avalanche can smash trees and break legs, it needed to become a snowball first, and a piece of snow before that.

Every great force you see in our world didn’t always begin that way. A small piece of snow becomes an avalanche by first becoming a snowball. At first, the amount of force and energy to create a snowball must be great. Snow needs to be continually added, with an almost intense effort.

But once the snowball is built? Then you can roll it down a hill, and it will naturally do the work for you, until one day it is an unstoppable force.

Your wealth works the exact same way. The work you need to do in the beginning is often very painful and tiring. But once your wealth snowball is built, then your wealth naturally attracts more wealth. Then the power of compounding interest can work in your favor.

Just as a snowball compounds and grows, so can your wealth.

The tired and overused excuse I hear over and over is that people think they don’t have enough money to make good money in the stock market. The truth is you don’t need that much!

This is just assuming conservative 10% returns in the stock market, and assuming he never gets a raise. The real results could be much greater!

The possibility of this is all due to compounding interest. By investing in companies that are growing– thus paying out increasingly more cash to shareholders, an initial investment could multiply many times over in the course of a long time span. Don’t underestimate this power.

Compounding interest at its core is best served by conservative investing. Someone who chases speculative and very trendy stocks won’t see the power of compounding interest. How can you when your capital moves up and down wildly, growing fast and then crashing hard to remove all your gains?

An investor whose primary concern is compounding interest will instead look for the company that is growing slowly and surely. Like the tortoise who plods along at a painstakingly slow pace, an intelligent conservative investment will beat out any high flying “trend / technology” stock of the day. Time and time again.

What do the wealthiest and wisest investors have in common? They are always smiling, because they are making money every second of the day.

That’s the power of compounding interest. Nothing can stop it from growing. As long as an investment is paying you interest, you can keep smiling at night, because you know that time is your ally. The longer time goes, the richer you get!

Take this quote from the Oracle from Omaha himself, Warren Buffet: “I always knew I was going to be rich, so I was never in a hurry to”. 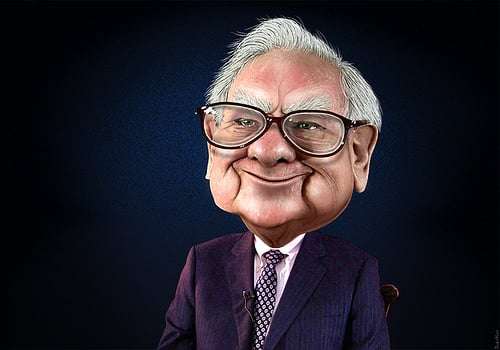 6. Compounding interest is your friend if you are poor.

Rich people don’t have any bigger advantage in the market than poor people do. My $500 in the market has just as much of a chance at making 10% returns as George Soro’s $500 million. Sure he may have more opportunities than I do, but in any stock market security– pound for pound– we have an equal shot.

So what if you are poor, penniless, and inexperienced? Does the younger generation hear me? You have the biggest advantage of them all– and that’s time!

The kind of time that young people have today to compound their investments makes old hedge fund cats salivate. That’s why they are looking for the fountain of wealth. Will they find it in Botox? Only time will tell, but the same is true with your investments. Only time will tell if you are smart enough today to put some money to work.

One of the best pieces of advice my mentor gave me when I first started investing was simply this: “Invest the same amount every month.”

There’s actually a name for this strategy. It’s called Dollar Cost Averaging. It’s so effective because not only does it teach you discipline and good habits, but it prevents you from making stupid mistakes in the stock market.

You can’t expect to time the market. That’s just a fact. The market is massive, facilitating trillions of dollars a second into and out of securities, futures, and commodities. Your guess at what it’s going to do next is as good as the next guys. Until you find someone that can predict the future, you’re just going to have to face the fact that you won’t be able to time the market.

And that’s ok. That’s why you must employ a system like Dollar Cost Averaging. When you decide to put the same amount of money into the market every month, you automatically buy less when the market is up and buy more when it’s down. It’s classic buy low, sell high. By doing this you resist being greedy when everyone else is greedy, which results in losing your shirt.

Compounding interest is best pursued when you are dollar cost averaging. Use this system to your advantage.

8. Compounding interest separates the rich from the broke.

The great Albert Einstein once said “Compound interest is the eighth wonder of the world. He who understands it, earns it … he who doesn’t … pays it.”

When’s the last time you saw a high interest credit card balance move much lower after making a payment? When you get into high interest debt, you are now fighting against the inevitable force of compounding interest.

Why fight up a hill when you can instead run down it?

While everybody might know that interest is bad, only a few people decide to do something about it. And if I can be quite frank, it’s why broke people are broke and rich people are rich.

Nobody makes a real fortune overnight, and nobody goes broke in one night either. The exceptions to the rule regress back to where they should be over time. That’s why lottery winners oftentimes end up broke years later.

It’s the habits that you live with which define your wealth. If your spending habits cause you to fight against interest, you’re going to fight that fight the rest of your life. And sorry but, you’ll never be rich.

However, if your habits create interest for you, then just sit back and relax. You will one day be rich, you just have to let compounding interest do the work for you.

9. Compounding interest can save our kids’ generation.

Let’s face it. Our generation isn’t very good at giving future generations a leg up in this world. It’s always been this way. I mean how big a mess has our parents’ generation left us?

It saddens me to see such disregard for the future. Everyday, we have people who live in a mindset of scarcity instead of abundance. People who are destroyers instead of creators. This isn’t the world I want my daughter to grow up in.

What if we lived in a world where everybody took responsibility for their finances? What if we all decided to kick our debt habits, and build wealth for our family and future generations?

What if we did this for our kids, and they did it for theirs? The wealth could compound, until the whole world was living with financial freedom. It starts with one person, but could later affect many.

Really, it starts with you.

If you want more wealth and abundance in this world, be the change. I believe in you, my fellow freedom fighter, because I know you can make a difference.

If you’ve been reading all the way through, you’re already better than 90% of the world. Why can’t you take the 8th wonder of the world and do something great with it? You can, and that’s why I believe. 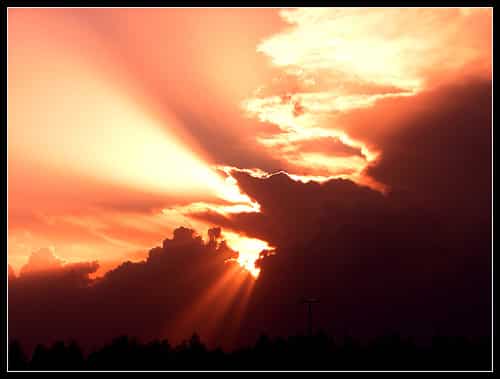 I’m not alone. Look, here’s 10 fantastic quotes from influential people, and what they have to say about compounding interest.

–CNBC superstar Josh Brown said: “I try to explain the power of compounding to my young clients who worry about short-term volatility.” @reformedbroker

For example, suppose you saved and banked $100 a year ago. It earned $2 in interest last year. This year, you’ll be earning interest on $102 (original savings plus the interest earned). That might not seem like much, but understanding that simple fact can have a major impact on your financial success.

Why is compound interest important to you? Because it can turn just a few dollars today into big money over the course of a lifetime.” @dollarstretch

–Money Game editor Sam Ro brilliantly exposed the core of finance in his Every 25 Year Old in America Should See This Chart:

“Compound interest occurs when the interest that accrues to an amount of money in turn accrues interest itself. It’s the deceivingly simple force that causes wealth to rapidly snowball.

This is why it’s the concept that is at the core of all finance.” @bySamRo

–Business Insider alum Walter Hickey expounded on the historical impact of the 8th wonder of the world in A Simple Math Formula Is Basically Responsible For All Of Modern Civilization:

“That idea — compound interest — has had an instrumental impact on the development of civilization, and it’s about time it had its due.” @WaltHickey

“While compound interest will work with one lump sum initially invested or deposited, you can build your wealth more effectively if you continue to add to your accounts.

Regular savings and investments can help the power of compound interest work even more in your favor.” @MMarquit

“If you stay on top of your loan payments and always keep an eye on your investments, then compound interest can be your best friend when it comes to wealth. Having control of your personal finances makes it easier to navigate the road as you look towards the future.” @mtflannelly

“The most important thing to understand about compound interest is that it keeps compounding even after you begin to make withdrawals.”

–The editor of thebillfold.com Mike Dang kept it real and shared  some motivational facts to his readers about compounding interest:

Seriously, you guys, this is the magic of compound interest.” @reportermike

You can make compounding interest work for you. Why don’t you? I’d be happy to feature you next on the blog. Thanks for reading.