There are two important sub-metrics for investors to understand on a balance sheet: tangible and intangible assets. Adding these up will sum to a company’s total assets.

The question here is twofold. Does it matter much if a high number of assets on a balance sheet come from tangible vs intangible assets? And is one preferable over another?

As is usually the case in debates like these, I form my approach by thinking through the logic rather than relying on what an author said about it. 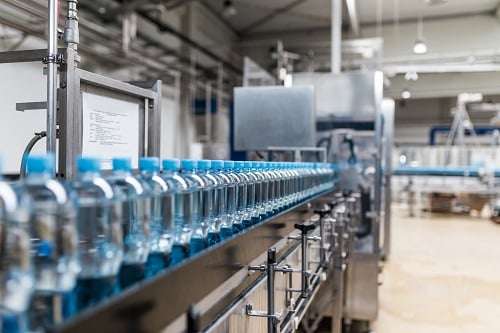 Let’s first define these terms. At its most basic definition, an asset is something of value that (usually) produces an income stream. These are typically things like inventory and factory plants, but I say usually because things like cash also count as an asset.

Now, assets on a balance sheet can be either tangible or intangible. A tangible asset refers to one that is physical. It’s the assets we typically think of, like the ones mentioned above.

But there are also intangible assets– things a company owns that contribute to producing a revenue stream but aren’t physical or have a concrete value.

Examples of intangible assets are things like intellectual property, copyrights, and brand recognition.

Intellectual property can be very significant for a cutting edge technology company who dominates an aspect of their field due to a certain methodology or patent/ manufacturing advantage.

Copyrights can be very important to an entertainment/ media company whose revenue is mainly generated from certain shows or movies. The shows or movies don’t have a physical value but produce an income stream.

Brand recognition usually falls under the goodwill category on a balance sheet, which is an intangible asset metric.

This can be significantly important for a food company, whose products are generally indistinguishable in quality from its competitors yet loyalty to a brand leads to an disproportionate amount of revenue vs. competitors.

It’s obvious that the reliance of intangible assets to a company’s balance sheet can vary for each company’s unique situation or which industry they are in.

So knowing this, does it really matter if a company’s assets are mostly tangible vs intangible?

Tangible assets are everything that are physical and either contribute to the income stream or have an obvious value.

In the balance sheet of a company’s 10-k, this includes things like:

If you’ve ever experienced just one season of earnings reports, you’ll see that analysts estimates are rarely hit perfectly. The excitement behind earnings season is to see if a company outperforms or under performs earnings estimates. Even though there’s a wealth of information about a company’s financials and the market and industry they operate in, these estimates are hard to come up with and be accurate.

The same difficulty applies to estimating intangible assets. You’ll never be able to definitely determine this number, yet it undoubtedly contribute’s to a company’s intrinsic value and therefore has to be included in a balance sheet.

2. The value of a company’s intangible assets isn’t likely to be consistent throughout the years. This becomes obvious as a company starts to fail. Lower sales means that customers value of a brand may be decreasing, or the competitive edge of a piece of intellectual property advantage may be closing.

As such, the value of a company’s intangible assets on a balance sheet may quickly fall. This obviously would impact important investing metrics that depend on shareholder’s equity or total assets, things like the debt to equity ratio and the price to book value ratio.

The falling of the number of total intangible assets may fall to a greater extent than a tangible asset might in a short period of time. 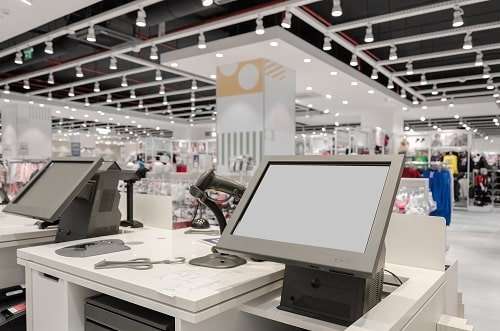 The fluidity of the value attached to intangible assets makes estimation even more difficult. Are increased sales due to improvements to a manufacturing plant and the higher asset value the investment in the plant created, or is it more due to an increase of worth in an intangible asset?

If it’s a combination of both, how do you determine at what ratio this increase of value occurred?

In fact the contribution of an intangible asset may have had nothing to do with increased sales, and may have been directly a result of a different asset’s increased efficiency and ability to create more income.

In the case of how a company’s workforce contributes to its sales, a certain employee may have not been pulling their weight and may now be laid off.

Because this happens on an individual level, how can every situation and their relation to intangible asset value be accurately determined?

Employee efficiency may also be largely based on opinion, which again can only be estimated and not definitely determined. Multiply this by hundreds of thousands or millions of workers, and you can see how this effect compounds.

3. Intangible assets may or may not hold be able to be sold to another company in a bankruptcy case where a company is liquidated. Value investors like Benjamin Graham looked (or still look) for investments in companies trading at a discount to liquidation value.

This means the risk is likely eliminated if even in the worst case, a company going bankrupt would still give the investor a positive ROI from the sale of the company’s assets in relation to the price paid by the investor.

It also affects all investors regardless of strategy as it affects the attractiveness of a stock at its current price. A company whose assets have increased or decreased may make a stock more or less attractive, thus pushing the stock either higher or lower. So, this effect can’t be ignored even if an investor doesn’t base his strategy on asset value.

Arguing that Intangible Assets are Better

Low tangible assets may actually be good for a company because it means their tangible assets are highly efficient. This means a company is less capital intensive, and it may be in a less risky situation because periods of low sales and earnings would not cripple the business. When you need less capital to run a business, you aren’t as dependent on high earnings.

Taking that thought process further, a lower capital intensive business may have an easier time growing and compounding shareholder wealth.

Because capital isn’t needed as much, big improvements to the worth or impact of a company’s intangible assets could cause business or growth to explode much faster than competitors who are more capital intensive.

This could mean that smart investments in workforce or marketing could have a greater impact than just more cash. And management’s ability to make these decisions could be considered another intangible asset.

2. The fluidity of the value of a company’s intangible assets may positively affect share price when a company is growing quickly. This could have something of a compound interest effect, where business success begets even higher stock market success as asset values grow at a much higher rate than high capital intensive businesses.

This would depend on how much impact a company’s intangible assets has on increased growth. Again this is hard to quantify but relevant to all investors regardless of strategy.

Which Type of Asset is Preferable?

I solve this conundrum by refusing not to play. I’m not saying sticking my head in the sand, but solving it in other ways.

But, I don’t want to discount a stock just because it has higher intangible asset values. You can’t deny that a business like that has a great business model that smart investors/ part business owners should want to be a part of regardless of the disadvantages laden with the situation.

And again, it’s hard if not impossible to quantify the extent of these advantages and disadvantages so why ignore a potentially great stock trading at a great price just because we also like high tangible assets?

Practical Solution to the Tangible vs Intangible Assets Problem

My approach looks for low debt to equity and a low price to book ratio. That means I’m invested in situations where total asset values are higher, meaning both tangible and intangible assets are higher than competitors.

I manage the fluidity of intangible asset values over time by also looking at earnings numbers, growth, net cash, and net sales numbers.

So, if a company quickly loses the efficiency of their intangible assets, the impact of this will show up in the other ratios I use. You can’t hide declining business performance; it will always show up somewhere.

While declining business performance due to lowered efficiency of intangible assets may show up in the income statement and cash flow statement, it will also likely show in the balance sheet.

Think about it. Lower efficiency from intangible assets should eventually show up in how those values are estimated.

You can also watch for a sudden increase in total liabilities. This is often a symptom of lower earnings especially in higher capital intensive companies. It can also be an advantage to watch total liabilities because a company can try to high poor business results by keeping earnings growth steady but fueling it by growth.

Because when you watch for trouble in all places, you can’t be blindsided when trouble happens. And isn’t that the whole point of this debate?

You won’t have to worry about tangible vs intangible assets debate when all of your bases are covered. As is the case with earnings manipulations, cash flow problems, and other high risk situations… if you look at all 3 financial statements to get the entire picture, you’re less likely to be surprised by a “hidden” problem.